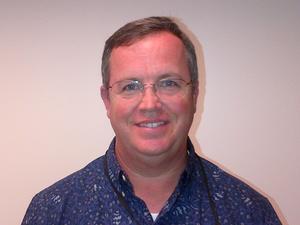 To let you know a little about me, I am a husband and a dad of three girls and have served 20 years in the Navy and earned many degrees in that time. In short, I hold a Bachelor of Science in Operations Analysis (OA) from the U.S. Naval Academy. Years later I earned a Master of Science degree in Operations Research (OR) and a few years after that, I earned another Master of Science degree in Information Technology Management (ITM) both from the Naval Postgraduate School (NPS) in Monterey, CA. The second master’s degree was earned while I taught both resident and distance classes at NPS. It was then that I learned how to balance family, job, and learning. As I began to consider retirement from the Navy, I decided to continue in my education so I began two different doctoral programs at NPS until gaining entrance into Stanford University where I earned an Engineer’s Degree followed by a Doctor of Philosophy (Ph.D.) degree in Civil Engineering. My dissertations examined quantifying the rates at which people learn (and forget) a specific skill within a project setting.

As I look back on all this fancy education which has taken place over most of my life, let me confess to you that I failed my first calculus class and that I was in serious grade trouble during my college years. I know what it is to struggle with having too much to do on a daily basis. From this low start, all the way to achieving my first A+ at Stanford, I have learned how to study and how to learn complex course material. I have also taught over 1000 students and - I hope - I will be able to help you with difficulties you may have - and lead you to your success!

Recognized for Outstanding Instruction in Operation, , 2004