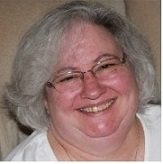 Dr. Paula Dawidowicz has been teaching with Walden since 2004. She has served as a Specialization Coordinator, and has been Research Coordinator since 2008. Prior to that she worked at The Florida Center for Reading Research, where she served as a Research Associate for two years conducting evaluations of different reading programs, parents’ participation in the reading programs, and other aspects of Florida reading activities.

Paula conducted her dissertation as a grounded histoethnography at Walden on cultural changes in one Educational environment as a result of religious diversification. She followed that with a second grounded histoethnography study of a school district and its special education program. She has conducted case studies, narratives, phenomenologies, correlation studies, historiographies, ethnographies, grounded theory studies, single subject studies, content analyses, quasi-experimental studies, and discourse analyses. She has used documents, observations, interviews, focus groups, surveys, questionnaires, journals, books, secondary data, and test scores.She has published numerous research report articles and methodology articles published and made numerous presentations on these topics, as well.

Paula has a broad area of interests because she looks at systemic connections. She has a Ph.D. in Education from Walden University, postdoc courses in Psychology, history, and Creative Writing and English, an M.S. in Health Services Administration with a focus on Business Administration from Central Michigan University, and a B.A. in International Affairs from George Washington University with foci on the Middle East and political/military analysis. She is interested in sociological, psychological, and cultural aspects of education and how education can help address cultural issues. Her specific content focuses include logic, critical thinking, argumentation, and systemic thinking. Her methodological foci are qualitative methods and mixed methods, although she does work with quantitative, as well. She has numerous published articles and presentations on methodology and methodological processes and instruction. She is currently finalizing a book on a study she conducted, as well as conducting a study using a new qualitative methodology to compare its effectiveness to other methodologies.