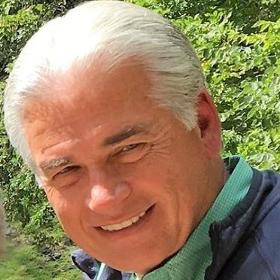 Dr. Karl G. Wolfe earned his Bachelor of Arts degree in history from Azusa Pacific University, the Master of Divinity Degree from Asbury Theological Seminary, and the Ed. D. - with an emphasis on organizational management -- from Pepperdine University.


For 25 years, Dr. Wolfe served in professional pastoral ministry in various capacities, including minister to high school students, Associate Pastor, Senior Pastor, church planting, the founding of numbers of nonprofit organizations (e.g. South-Central Youth for Christ in Minnesota, the Ann Arbor Pregnancy Counseling Center, and the Ethiopian Humanitarian Project). He was involved also in launching NGOs in Ethiopia, Venezuela, and Myanmar. In 2000, he transitioned to higher education teaching and administration.


Originally from the southern Illinois area, Karl lived in various locales throughout the Midwest United States, from Kansas City to Akron, from St. Louis to Minneapolis. He spent time in New York City, where he was a Campus Life director (part of a parachurch organization designed to reach to teenagers), and in Los Angeles, where he worked, while earning his undergraduate degree, in a Hollywood recording studio.


Presently, he lives in Plymouth, Minnesota (northwest of Minneapolis) where he works with various faith-based groups (Church of the Open Door, Plymouth Covenant Church, the Minnesota Conference of the United Methodist Church, Eagle Brook Church, Interfaith Outreach, and Feed My Starving Children). He is married (just under fifty years), is the father of three, father-in-law to two, and a grandfather to six -- two granddaughters and four grandsons.


His interests, to say the least, are eclectic; but travel, sports, history, politics, and classical music (not necessarily in that order) are areas commanding particular attention.