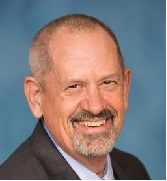 Dr. Gary Griffith started teaching as a contributing faculty for Walden University in the Master of Science in Information Systems Management program in 2011. In 2012 I accepted a core faculty position in the Master of Science in Information Technology program. Since starting my career at Walden University I have taught 16 different courses in BSIT, MISM, MSIT and DIT programs. Most of the courses I teach are in Walden University's Health Informatics, Software Engineering, and Cyber Security Master's degree programs. I performed the research which enabled Walden University to be designated as an NSA Center in Academic Excellence in Cyber Defense in 2014. I was part of a team working closely with leadership to design and implement new master’s degree specialization in Big Data Analytics. Recently I have started helping students in the DIT program where I am the dissertation chair and committee member.

Prior to coming to Walden University, I worked in the field of information systems and technology for over 30 years. Starting my career in 1980 working for IBM Federal Systems Division, testing and repairing military computers used by Army, Navy, Airforce, and NASA. Some of the computers were used in military aircraft like B-52 Bomber, F-15, Lamps Helicopter, and Space Shuttle. I was given the opportunity to enter into a retraining program where I received my Bachelor of Science in Computer Science. I started writing software for military applications for Special Operations Aircraft (SOA) in languages like Jovial, ADA, and 1750 assembly language. I was selected to be part of team stationed at Fort Campbell Military base to help support and test the solutions for the Army.

During the four years I spent supporting the Army at Fort Campbell, Kentucky, I also completed my Master of Science in Software Engineering degree. This allowed me the opportunity to give back to the community and the military by teaching several courses for Austin Peay State University.

In 1998 I left IBM and started working for Trane/Ingersoll Rand, where I wrote several software systems for shop floor and engineering applications. As this organization started moving away from developing software internally to purchasing and implementing software solution, I moved into the role of Business Analyst working closely with Business and Information Systems teams to ensure important business projects were able to deliver on critical business objectives. From there my role changed to a project leadership where I lead a project to implement Manufacturing Execution System. I coordinated the efforts with several teams including, Engineering, Manufacturing, Operations, Business Leaders, and SAP to implement a new shop floor system. This system was implemented as part of a new product release. The system required secure connections of Enterprise Resource Manager system, Product Lifecycle Management system, and Ordering System. I end my career with Ingersoll Rand as Program Manager where we implemented a Global Trade Compliance system. In this role I coordinated multiple Trade compliance projects throughout several sectors within Ingersoll Rand. Managed several team members that oversee projects for Export, Import, and Free Trade Agreements along with Maquiladora trade compliance. I worked with multiple teams across sectors and around the world to ensure system security and that the solution met the business needs.